Insolvency arises when an entity is unable to pay its debts when they fall due.

An insolvent person may have some valuable assets. When they are declared as insolvent or bankrupt, their property is sold by a court-appointed liquidator.

The amount realized through asset sales is normally less than the debts. Creditors are paid out of realized money. The amount which is paid to creditors is termed as the dividend.

Effect of Insolvency of Drawee

In addition, the balance that could not be recovered will be debited to the bad debts account in the drawee’s books.

Treatment of the drawee’s insolvency in accounting will be passed in the books of both the drawer and drawee.

1. When the drawee is declared insolvent

2. To receive final dividend and close the drawee’s account

3. When nothing is recovered from the drawee

This example focuses on the renewal and insolvency of the drawee.

On 1 January 2019, A sold goods to K worth $15,000. On the same date, A drew a three-month bill on K. A endorsed the bill to his creditor Z to settle his debts. At maturity, the bill was dishonored and A had to pay Z.

K paid $5,000 in cash and accepted a new bill for three months for the balance amount plus interest @ 10% p.a. Before the due date of the second bill, K became insolvent and only $0.50 was received from his estate as a first and final dividend. 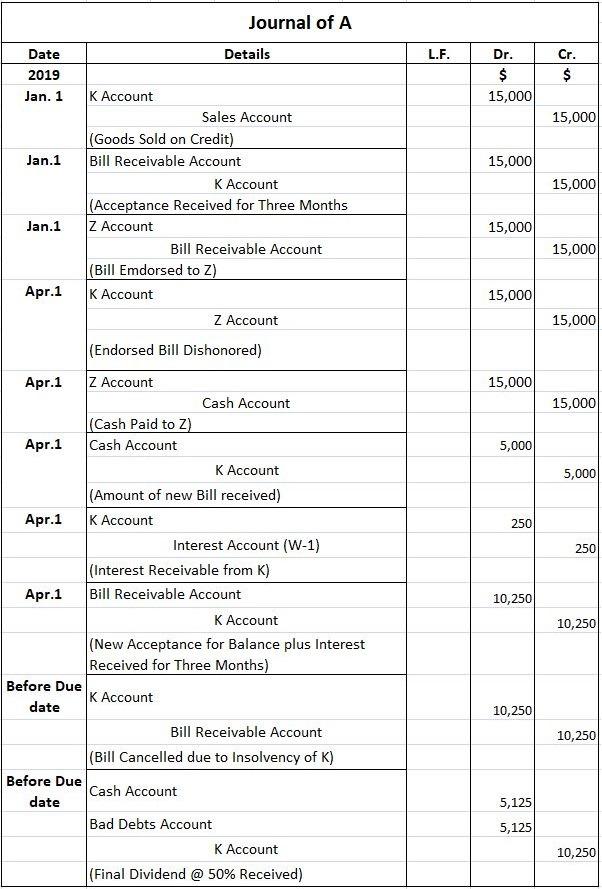 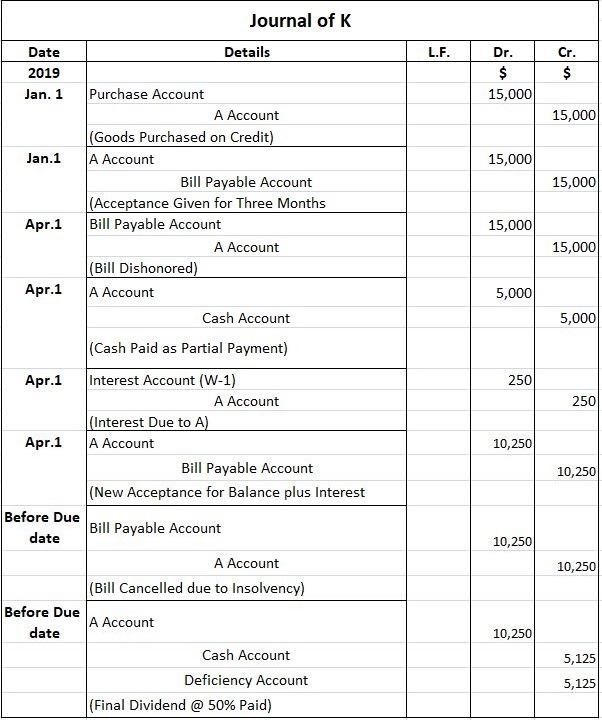