How to prepare a statement of cash flows

We will first prepare a cash flow statement of a sole trader’s business, as this will be easier than of a limited company. 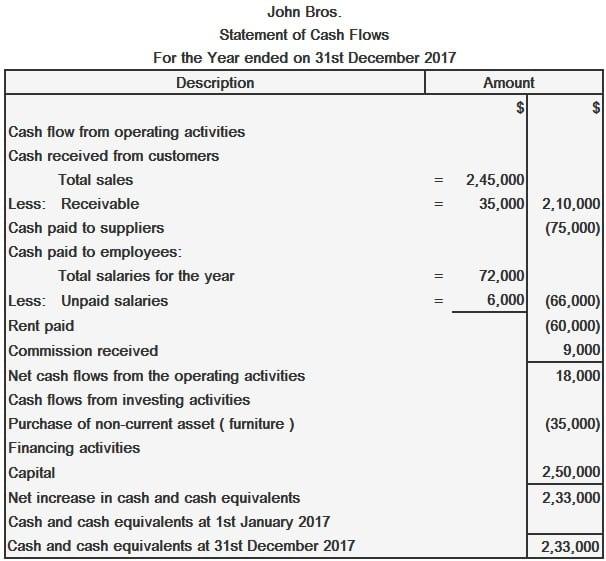 Explanatory note on the use of brackets: In accounting, it is customary to show a figure in brackets if it is a minus figure. This would be deducted from the other figures to arrive at the total of the column. Brackets are seen very frequently in cash flow statements.