Variable costs are total costs that vary in direct proportion to changes in productive output or activity. Examples of common variable costs include direct materials, direct labor, and sales commissions.

Variable costs change with rises or falls in production. For example, if production increases, a variable cost may also increase, and vice versa. Variable costs vary in total but the unit cost remains fixed. 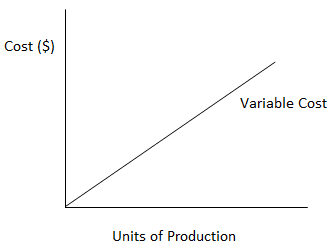 What are variable costs?

Variable costs are total costs that vary in direct proportion to changes in productive output or activity. Examples of common variable costs include direct materials, direct labor, and sales commissions.

What is a typical example of a variable cost?

What are the major characteristics of variable costs?

Why are variable costs important to managers?

Managers need to know how to control variable costs in order to maximize profits. They can be assigned easily and accurately to operating departments. Department heads are responsible for controlling them.

What is the difference between fixed costs and variable costs?

Fixed costs remain constant in total, whereas variable costs change with changes in production volume or activity. The unit cost of a variable cost remains fixed throughout the relevant range of activity.