The first problem in this set of three focuses on opening a factory ledger.

The following balance appeared in the books of Marry & Company on 31 December 2018.

Due to difficulties and other problems experienced by the accountant in the previous year, the company’s management wants to create a factory ledger at the start of the year (i.e., immediately after the books have been closed for the preceding year).

Required: Pass the necessary journal entries, both in the general ledger and factory ledger.

Required: Pass general entries in the factory books and the general office books. 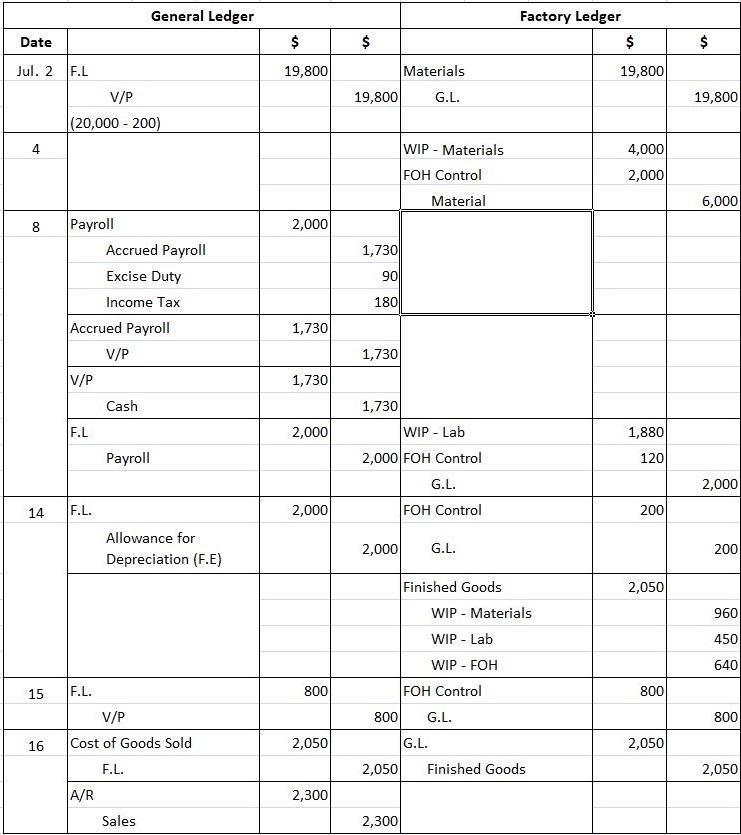 (c) Paid the factory payroll for the week as follows:

The only payroll entry on the factory books is one distributing the payroll to the appropriate accounts. The company also contributes 10% of the payroll from its side for the provident fund.
(d) Direct materials returned to the storeroom.
(e) A transfer voucher from the general office showing the following expenses to be recorded.

Required: Prepare journal entries to record the above transactions in the general office books and factory books. Use only one work in process. 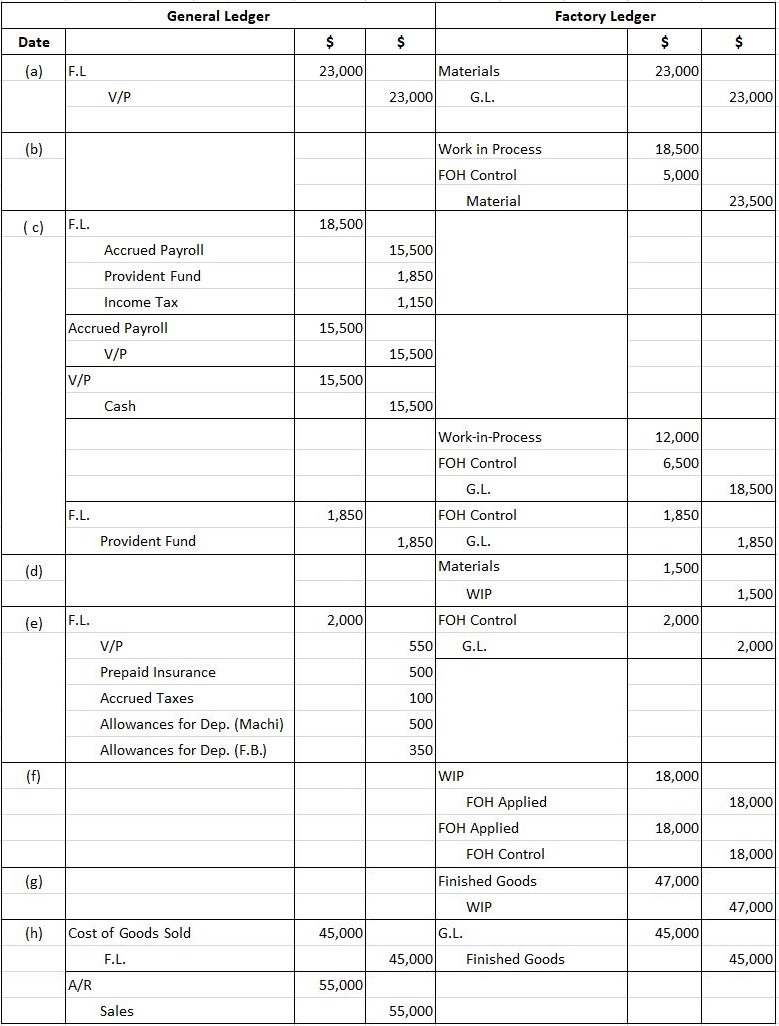 What does a factory ledger used for?

What is a General Ledger?

A General Ledger is used to record all financial activities within an organization. The General Ledger accounts can be subdivided into many sub-headings, the most notable of which are cash, Accounts Receivables, and payable.

What must be debited?

The asset account for the purchase of raw material should be debited when it is purchased.

What must be credited?

The asset account for the finished goods should be credited when it is sold.

What does a transfer voucher used for?

A transfer voucher is a document that is used to track expenditures from one ledger to another. This type of voucher can also be known as a "journal voucher" because it acts as a journal entry.