A subsidiary ledger is a ledger that contains a backup of more detailed accounts than does the general ledger.

The Need for Subsidiary Ledgers

The need for timely and accurate information, as well as good internal control procedures, requires that certain backup accounts be maintained.

To illustrate, management needs to know not only the total of its accounts receivable but also the amount that each individual customer owes. The same type of information is needed in regard to payables.

Management needs to know the total it owes its various vendors, how much it owes its individual vendors, and when each payment is due. Similar backup information is often necessary for items such as prepaid insurance and plant and equipment.

The Accounts Receivable account summarizes information about the beginning balance, the total of all sales and cash collected on account for the period, and the total owed by all of the firm’s customers at the end of the period.

A subsidiary ledger is separate from the general ledger. It contains a set of related accounts whose balances in total will equal the balance in the controlling account.

Each individual account in the subsidiary accounts receivable ledger should show the customer’s name, address, credit rating, and credit limit, along with any other vital payment information.

An example of a subsidiary account is shown below. The account in this example is a formal running balance ledger account. It provides the user with the ability to continuously update the balance after posting each transaction. 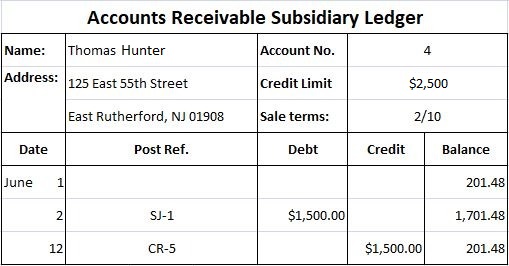 Similar subsidiary accounts are maintained for payables and, depending on the firm’s needs, for other accounts such as Property, Plant, and Equipment.

For example, the general ledger account, Equipment, shows the historical cost of the total equipment owned by the firm. Often, backup cards are maintained for each item of equipment.

These cards show such information as the cost of each item, its estimated life, its salvage value (or residual value), and its insurance coverage. The individual cards serve as a subsidiary ledger to the controlling Equipment account.

The number of subsidiary accounts used, as well as the level of detail with which they are maintained, depends on the needs of the firm’s management.

Therefore, if an entry is made to record a sale on account, two postings must be made:

To maintain control, postings to subsidiary accounts should be made on a daily basis. By contrast, postings to general ledger accounts need to be made only periodically.

Similar posting procedures are followed for subsidiary Accounts Payable and any other subsidiary accounts that are maintained.

To demonstrate the process of posting to subsidiary accounts, let’s record and post three representative entries related to accounts receivable:

Suppose that at the beginning of the current year (in this case, 2019), LA Company’s accounts receivable totaled $6,000 and comprised five customers with the following account balances: 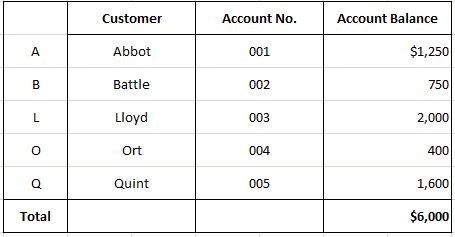 On 10 January, O. Ort returned $100 of the merchandise that she purchased on account on 2 January. This entry is recorded as follows:

Finally, on 12 January, the firm received $5,300 of cash on account from various customers. The following entry was made to record these collections:

The general ledger account Accounts Receivable and the subsidiary accounts are shown below in the form of T-accounts rather than the running balance form, for the sake of convenience.

Each entry is posted to both the appropriate general ledger accounts and the individual customer accounts. Postings to the subsidiary ledger accounts are indicated by noting the customer’s account number in the Ref. column. 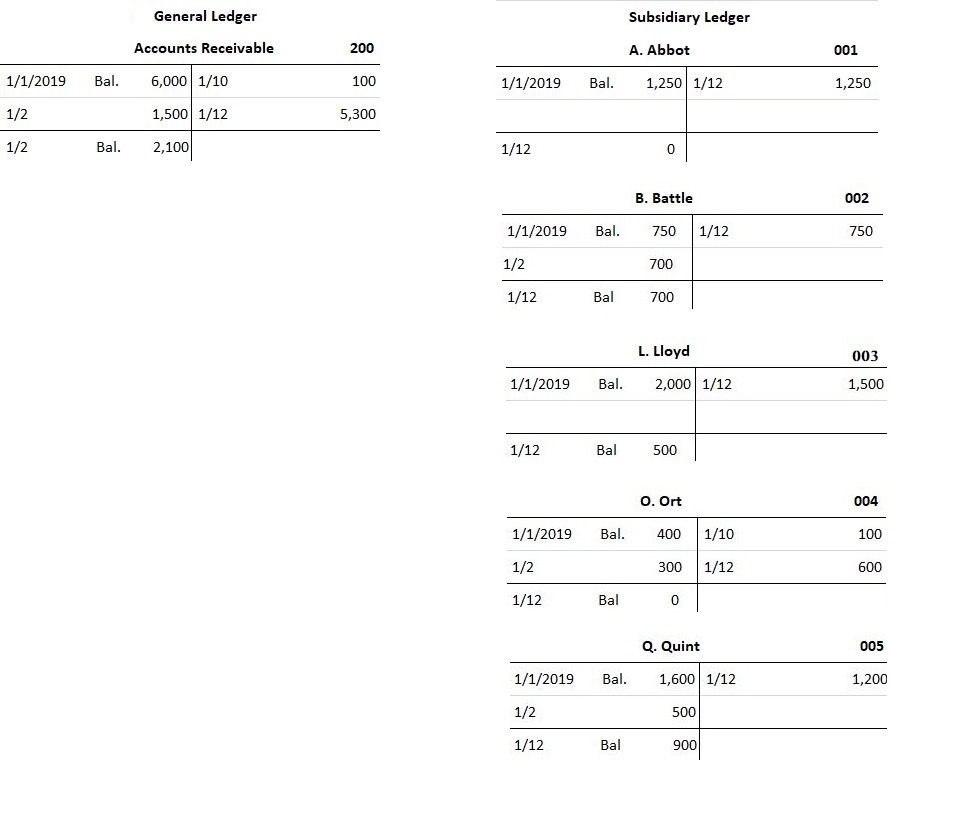 At the end of the accounting period, after the postings have been completed, a list is made of all the individual subsidiary accounts.

This schedule of accounts receivable—often called an accounts receivable trial balance—is totaled. The total should be equal to the balance stated in the related general ledger account. If these totals are not equal, this indicates a posting or similar error.

The schedule of accounts receivable for the customers in our example is shown next. 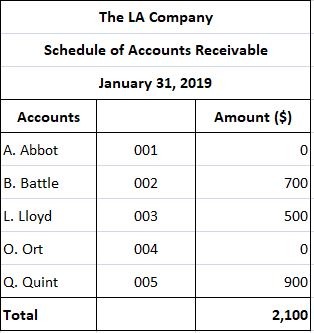 What is a subsidiary ledger?

A subsidiary ledger is a ledger that contains a backup of more detailed accounts than does the General Ledger.

What are the three types of subsidiary ledger?

What is the difference between a subsidiary ledger and a general ledger?

What is the advantage of using a subsidiary ledger?

What should be included in a subsidiary ledger?

The Accounts Receivable subsidiary ledger shows sales on credit by a business. The ledger provides invoice dates and numbers, credit memorandums, payments made against the credit sales, discounts, and returns and allowances.