Issue of Shares at Premium

A company may issue its shares at a premium (i.e., a higher price than the face value), provided there is demand for such shares at a higher value.

The premium received on issued shares must not be mixed with the share capital. Instead, it must be credited to a separate account known as the share premium account and shown as a separate item on the liability side of the balance sheet.

Journal Entries for Issuance of Shares at a Premium

If shares are issued to the directors or underwriters at a premium and the amount is received in a lump sum, the following entries should be made:

If shares are issued at a premium to the public after the receipt of application money through the bank, the entries should be:

John Chemical Limited has an authorized capital of $500,000 divided into 100,000 shares valued at $5 per share. 30,000 shares were issued to the directors and 50,000 shares to the general public at a premium of $1 per share. Subscriptions were received in full and these shares were allotted.
Required: Give general entries and the balance sheet of the company. 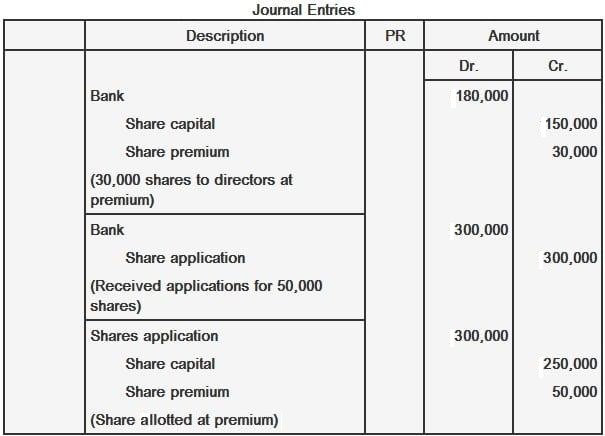 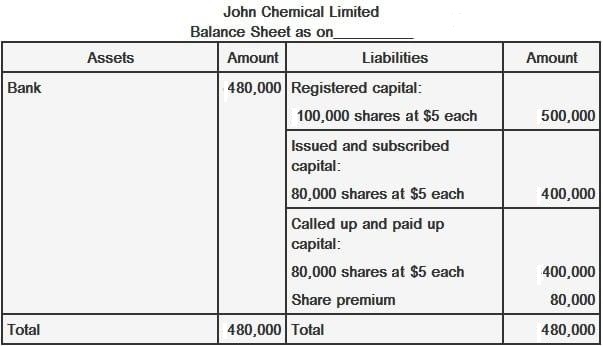 2 thoughts on “Issue of Shares at Premium”